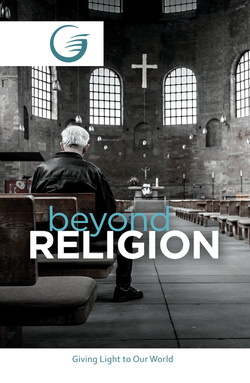 Why do some products have that difficult plastic casing!? You bring home your latest gadget from the store. Upon taking it out of the bag, you have to wrestle with multiple layers of steel-like plastic to be able to even touch your new product. You try ripping the plastic with your hands, but you quickly lose that battle. Scissors help, but they require a certain angle of slice and dance with your wrists. After several minutes of frustration, you are finally granted access to something that is often one-fourth or even one-eighth the size of the original packaging. Phew. But despite your battles with this type of packaging, do they ever prevent you from buying the next thingamajig or doohickey?  Of course not. It’s just packaging. If the product is desirable enough, you’re going to buy it and open it no matter what. Imagine a world without packaging, a world in which things, people and ideas were presented in the way that they truly were. No pretense. No plastic. What if we could just get what we needed without that exterior plastic casing? This is the problem with religion today—many feel they can’t get through its layers of packaging. In times past, religion has indeed been a vehicle for corruption and violence. It has been blamed for incompetent government and the launching of world wars. Pastors, priests, and clerics have manipulated the spiritual needs of individuals for their own profit. Countries have been torn apart because of one religious sect battling another. In more ways than one, many of the accusations that have been brought against religion are correct. This frustration with religion’s track record—what it appears to be, its “plastic exterior”—is certainly true of one of the world’s largest organized religions, namely Christianity. Many are hostile toward the church, but love Jesus. Many feel suspicious of membership and organization, but are open to the figure of Christ. Gandhi, the great leader of the twentieth-century Indian independence movement, once said, “I like your Christ; I do not like your Christians.  Your Christians are so unlike your Christ.” There seems to be a large contrast between Christ and Christianity. Perhaps you’ve felt this way too.

The True Jesus
The irony is that Jesus was so anti-packaging. In His preaching, He called out the abuses and misdeeds of the religious establishment.  In the Sermon on the Mount, He said, “Do not think that I came to destroy the Law or the Prophets. I did not come to destroy but to fulfill,” (Matt. 5:17). Jesus came to illuminate the true meaning of religion, “the law and the prophets,” that had been twisted and abused. In fact, the Scriptures that He preached even predicted a false, corrupted Christianity to come in the future. It would cause global suffering and persecute those at odds with its teachings, which misrepresented God. It would “make war” with anyone that disagreed with it and “prevail against them,” (Dan. 7:21). But despite the abuses of religion in the past and in the future, Jesus did not seek to destroy it, but to illuminate its true meaning. Before His death on the cross, Jesus was brought before Pilate, a Roman ruler. When Pilate questioned Him regarding His arrest by Roman soldiers and the Jewish leaders, Jesus said, “My kingdom is not of this world.  If My kingdom were of this world, My servants would fight, so that I should not be delivered to the Jews; but now My kingdom is not from here,” (John 18:36). Jesus taught that true religion was not about worldly success or personal gain, but something beyond this world. What Jesus came to offer is a pure and genuine spirituality, a transcendent yet supremely practical way that not only addresses our human problems, but even solves Divine ones. How can a God that is all-powerful, all-present, and all-knowing allow for suffering? How does good deal with evil—with force, or with something else? Jesus’ solutions were something this world had never seen before.  “My kingdom is not of this world.” Imagine a Christianity without its packaging. What if you knew the true intents, teachings, character, and reasoning of Jesus Christ in the way that He meant them? No pretense. No plastic. What if there was a way to understand Christ in His purity? What if you could understand love, peace, joy, and faith deeper than what Hallmark uses on its cards—as Jesus Himself talked about them and demonstrated in His life? What if you could understand Jesus’ teachings without the political biases and religious interpretations that have muddled them for centuries? What if Jesus wasn’t a crazed rabble-rouser, or merely a good teacher? What if He was something more than anything any human being could conjure up, more than one in a long line of wise men? Here is what one writer had to say about the true Jesus:  “Jesus was a perfect pattern of what we should be.  He was the strictest observer of His Father’s law, yet He moved in perfect freedom.  He had all the fervor of the enthusiast, yet He was calm sober, and self-possessed.  He was elevated above the common affairs of the world, yet He did not exclude Himself from society.  He dined with publicans and sinners, played with little children, and took them in His arms and blessed them.  He graced the wedding feast with His presence.  He shed tears at the grave of Lazarus. “His zeal never degenerated into passion nor His consistency into selfish obstinacy.  His benevolence never savored of weakness nor His sympathy of sentimentalism.  He combined the innocence and strength of the child with manly strength, all-absorbing devotion to God with tender love for man.  He possessed commanding dignity combined with winning grace of humility.  He manifested unyielding firmness with gentleness…We have not six patterns to follow, nor five; we have only one, and that is Christ Jesus.”1

Beyond Religion
Do you want to get through the packaging? You would be making a decision that millions of people need to, but are afraid of. You would be making the first step toward seeing, knowing, and even believing in the pure person, character, and life of Jesus. Take this step by reading the most comprehensive book on Jesus life, teachings, and prophecies: The Desire of Ages. Just as the title intimates, this book shows why, in spite of the “packaging,” Jesus inspires hope, transformation, and devotion.