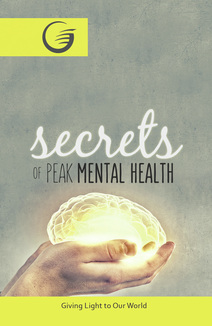 In 1944, at the age of 16, Edith Eger was taken by the Nazis from her home in Hungary and sent to the infamous Auschwitz death camp. Although spared the gas chambers used on her parents, the already-thin Edith gradually wasted away as she was transferred from one camp to another. In May, 1945, approaching death, Edith fell into an unconscious stupor. The guards assumed she was dead and threw her into a mass grave in the woods behind the Gunskirchen Lager Camp. Miraculously, an American GI saw Edith’s hand moving amidst the corpses. He rescued the then 60-pound girl from certain death.1
If anyone had reason to be controlled by her environment, it was Edith Eger. Despite her horrific experiences, Edith didn’t succumb to emotions of bitterness, hatred, or despair. She not only survived; she thrived. She married a Czech freedom fighter, raised three children, and earned a PhD in psychology. If you ever met Dr. Edith or heard her speak, you would likely rank her among the most positive, uplifting individuals you ever met. Edith’s message: “Contrary to popular belief, there are no victims in this world – only willing participants. You can’t always control your circumstances, but you can control how you respond to them.”2

Psychology’s New Emphasis
Dr. Edith Eger’s life speaks eloquently to a growing realization among mental health professionals: we all have the capacity to cultivate an optimistic attitude even in the middle of setbacks and difficulties.3 Indeed, while many of us believe our emotions are determined by our circumstances, the evidence indicates otherwise. You can control your emotions—in spite of your surroundings!

However, our emotions are affected by more than our thoughts. Most notably, our daily lifestyle choices profoundly impact our emotional state. Let’s look at several factors which can help us remain in the driver’s seat in this important realm of mental health.

Avoid Addictive Drugs
Alcohol has a short-term effect in promoting anger, rage, and violence. Control cells in the top of the brain are numbed. As a result, the circuits for violence in the lower brain are unrestrained, as millions of abused family members can testify. The long-term effects of alcohol are even more serious. Those control cells are killed by even two ounces of alcohol daily while the far more resilient lower brain cells fare far better. The result: a permanent brain imbalance favoring the lower emotional centers.
Other brain drugs also can impair brain control mechanisms. Even marijuana has the capacity, under certain circumstances, to permanently unbalance the brain.

Choose Your Music Carefully
Music has a powerful impact on the emotional brain region known as the limbic system. Depending on the type of music, either positive or negative emotions can be stimulated. Direct measurements of limbic structures reveal that music such as harmonious piano selections can evoke pleasant emotions, while dissonant music can trigger negative emotions.6 For these reasons we should exercise caution in musical selection. Choose only music that helps foster emotional control and balance.

Television and Emotional Instability
We can be influenced in the direction of unbalanced emotions by our choice of viewing fare (TV, Internet, etc.)—as well as by music. One principle of human behavior is this: “we become like what we watch.” Indeed, our minds are molded by what we regularly view. Therefore, if we’re interested in optimal emotional health, we’ll exercise serious restraint in what we choose to watch. If you have trouble exercising such restraint, consider a several week (or longer) break from TV, Internet, DVDs, and other visual media. As impossible as that may seem, much of the world throughout history has survived—and often thrived—on just such a program.

Quality Time with Family
Time invested with electronic media can also weaken the family bond. Excessive time is of great concern because strong family connections are powerful predictors of enhanced emotional health.7 We need to prioritize interactive activities with our families. Go places and do things that are fun, interesting, and fulfilling.

Trust and Emotional Health
When we have trusting relationships with one or more individuals, electrical and chemical “trust signals” from the higher brain centers, particularly the frontal lobe, can shut down and even shut off the fear system coursing through our lower brain centers. This trust aids in the control of anxiety and stress.8 Among those chemical messengers of trust is the hormone oxytocin.9 Increased oxytocin levels also improve a host of interpersonal dimensions—all of which tend to bolster our emotional state.
Consequently, one strategy to boost emotional health is to develop more trusting relationships. “Horizontal trust” in others is highly beneﬁcial; “vertical trust” in a loving God is especially powerful.

Learning to Trust in God
Humans instinctively respond well to honesty and reliability in another person, especially when they sense a genuine interest in their welfare. This occurs by spending time together and undergoing shared experiences. Similarly, we develop trust in God by testing His promises in the Bible and experiencing His faithful leading in our lives. The psalmist captures the importance of entering into an experiential relationship with God: “Oh, taste and see that the Lord is good; blessed is the man who trusts in Him” (Psalms 34:8). God Himself invites us: “Come to Me . . . learn from Me . . . and you will ﬁnd rest for your souls (Matthew 11:28-29).”10
Why not carve out a little time in your day to read from the Bible, perhaps starting with the gospel of Mark? You might be surprised to find a God who is far more trustworthy than many humans are—even those who claim to follow Him. Along with that discovery, you may realize your emotions are coming under better control.